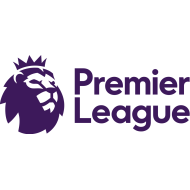 The Premier League is the top tier of professional football in England and is made up of some of the World’s most famous teams.

Founded in 1992, the English Premier League was formed by the Football Association after a decision by the clubs that made up the Football League First Division to break away and take advantage of lucrative television rights.

As the most watched football League in the world, the Premier League also contains some of the most recognizable teams in the world including Manchetser United, Arsenal, Chelsea, Liverpool and Manchester City, battling it out to be crowned Champions. Whether you are looking for the Home or Away shirt, you will find all the football shirts you need right here.